Electoral Commission officials at the Akuse Park registration centre in the Ketu South Municipality of the Volta region are struggling to control the scores of residents who have stormed the centre for registration.

Electoral Commission officials at the Akuse Park registration centre in the Ketu South Municipality of the Volta region are struggling to control the scores of residents who have stormed the centre for registration.

According to Starr New Faisel Abdul-Iddrisu, the residents are jostling over positions in the queue.

The Ketu South Constituency has a total of 254 polling stations but only a few are undertaking the exercise on Day 1 and phase 1 of the exercise. As a result, residents out of anxiety are massing up at nearby centres to register.

At the Akusa Park, there is a Veronica bucket and health officials deployed to screen the applicants but adherence to the social distancing protocol is poor as the electoral officials struggle to control the enthusiastic crowd. 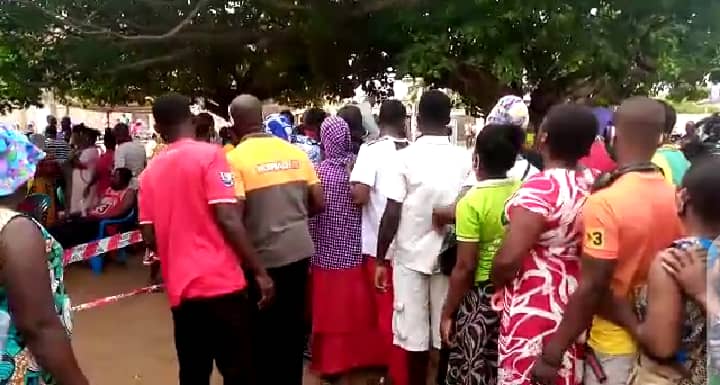 So far, only 8 people have been able to go through the process since the commencement of the exercise delayed. 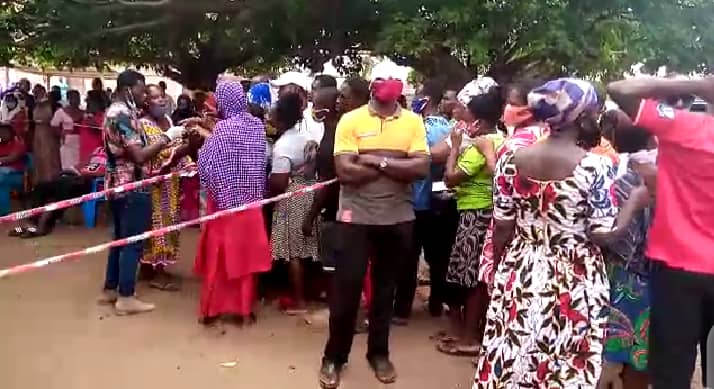 Ketu South has become topical in the build-up of the registration exercise after reports of military deployment to the area. The area is seen as the stronghold of the opposition NDC.

Turn out in numbers, vote massively for the NPP – Akufo-Addo

Ghana teenager Mohammed Kudus joins Ajax on five-year deal. This was confirmed by...

A 26-year-old Mumuni Abilla an Electoral Commission official has been arrested by...

Preserve the legacy bequeathed to you – Obasanjo to Akufo-Addo,...

Former Nigerian President Olesegun Obasanjo has appealed to the leaders of the two...

The Acting President of the Sampa Traditional Council, Nana Kwadwo Massa and his...

Deputy Information Minister Pius Enam Hadzide has indicated that about 80 to 90%...

More trouble for fake Western Togoland lawyer as he faces...

There was drama at the Kaneshie District Court in Accra presided over by Her Worship...