Apostle Kwabena Owusu Adjei, the self-styled preacher who was arrested for threatening President Akufo-Addo and Jean Mensa, the Chairperson of the Electoral Commission has tested positive for tramadol and cannabis.

Apostle Kwabena Owusu Adjei, the self-styled preacher who was arrested for threatening President Akufo-Addo and Jean Mensa, the Chairperson of the Electoral Commission has tested positive for tramadol and cannabis.

A test result seen by Starrfm.com.gh revealed that after tests were conducted for banned substances from samples from his urine, Mr Owusu Adjei tested negative for six of the drugs, except cannabis and Tramadol. 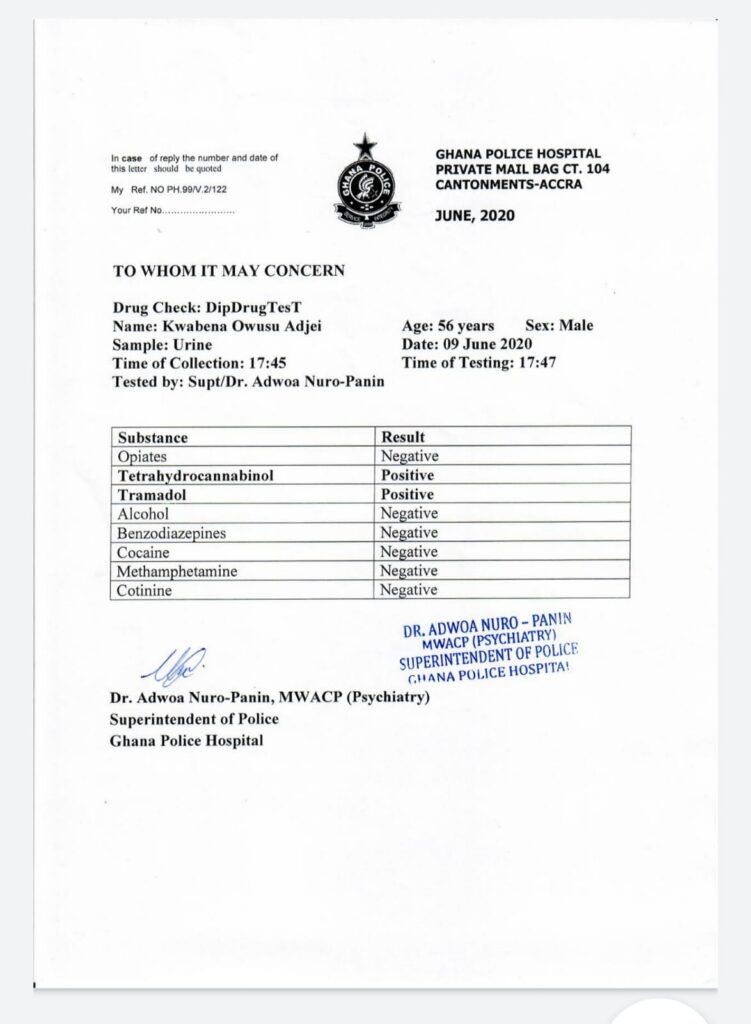 The self-styled Prophet who was arrested by the National Security for threatening President Akufo-Addo and the Electoral Commission chairperson Jean Mensah allegedly had Indian hemp popularly known as ‘weed’ in his possession.

Viral videos circulating on Social Media minutes after his arrest revealed that the 56-year-old “man of God” had in his possession, quantities of ‘Indian Hemp’ (weed) when he was picked up at his residence near the Greda Estates on the Spintex Road in Accra Tuesday.

The preacher was reportedly arrested by plain cloth security men during a live interview with Accra-based Hot FM Tuesday morning.

The preacher in the said video which went viral on social media on Monday was heard raining curses on the EC chair over plans to compile a new voter’s register.

In just two months, the COVID-19 pandemic wiped out a combined US$408 billion from...

La Liga is working towards its clubs returning to training as soon as possible after...

Coronavirus related deaths in Nigeria have risen to 740.

Coronavirus: Parliament will not shutdown- Majority

The Majority leadership of Parliament has categorically and emphatically stated...

The Church of Pentecost has released its multipurpose Edifice – the Pentecost Convention...

A 26-year-old Mumuni Abilla an Electoral Commission official has been arrested by...

Friday, 31 July 2020 has been declared a statutory public holiday.

Public health systems in Africa are coming under severe strain as the unprecedented...