The Minister for Information, Kojo Oppong Nkrumah has commissioned a new radio station called Naya Radio by the Ghana Broadcasting Corporation in Yendi in the Northern Region.

The Minister for Information, Kojo Oppong Nkrumah has commissioned a new radio station called Naya Radio by the Ghana Broadcasting Corporation in Yendi in the Northern Region.

At a ceremony on Monday 16th November 2020, Mr Oppong Nkrumah who is also the MP for Ofoase Ayirebi announced that government and the state broadcaster were working together to set up 6 new radio stations in each of the new regions.

He said the establishment of Naya radio was part of projects approved by cabinet to beef up developments in Yendi and the Dagbon State.

“Our expectation as Naya radio opens is for it to provide an avenue for the opening of business and opportunities for the good people of Yendi” he said.

Mr Yaw Boadu Ayeboafo, chairman of the National Media Commission charged staff of the radio station to be mindful of what information to broadcast in order not to create tension and bring confusion.

“I want to caution you to siphon and be mindful of what kind of information to broadcast “ he added. 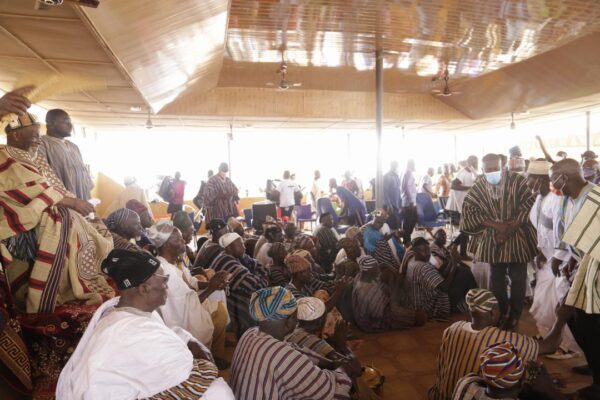 The Director-General of GBC Prof Amin Alhassan in his remarks assured stakeholders of professional programming. He was hopeful that the establishment of GBC Naya Radio will bring opportunities and prosperity for the youth of Yendi. 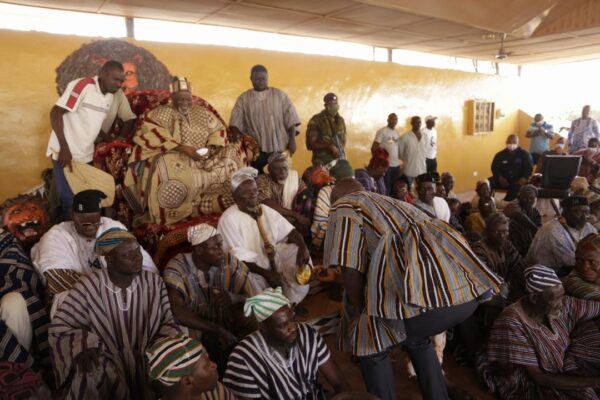 Earlier Mr Oppong Nkrumah led a government delegation to pay a courtesy call on the overlord of the Dagbon Kingdom Yaa Naa Abubakari Mahama ll at the Gbewa Palace.

Bride and groom who fled from their wedding in Tamale declared...

We've delivered our promise to Zongos; we will do more...

At least 779 health workers in Ghana have tested positive for the novel coronavirus...

Ceasar Fomekah of the National Democratic Party came in third with 191 votes.

The Women’s Wing of the National Democratic Congress (NDC) in the Volta Region has...

A former Minister for Trade and Industry, Ekwow Spio-Garbrah, says the National...

Tanzania’s President John Magufuli has declared the country “coronavirus-free” thanks...

Airlines to pay US$3,500 per passenger for transporting...

Managers of the Kotoka International Airport (KIA), have stated that airlines that...

The Securities and Exchange Commission (SEC), has warned the public against doing...

NPP primaries was an ‘auction not election’ – Amoako Baah

Political scientist and former lecturer at the Kwame Nkrumah University of Science...

Chinese consulate in Houston ordered to close by US

The US has ordered China to close its consulate in Houston, Texas, by Friday - a...